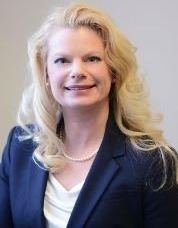 Amy Kramer is President at AT&T New York, where she oversees the Company’s external and public affairs as well as regulatory and legislative agendas, strategic communications, and sponsorship and foundation activities within the State of New York.  In holding the top state legislative affairs position in New York State, Kramer is responsible for developing strategies and plans for achieving AT&T's legislative objectives, as well as for reaching out to key elected officials and policymakers in the State to provide the Company's perspective on a range of issues. In addition, Kramer works to ensure that AT&T's New York customers and public officials are always afforded the best possible service and stewardship in the telecommunications and technology industries.

Prior to her work at AT&T New York, Kramer was Vice President, Government Affairs, at the Credit Union Association of New York where, for ten years, she directed the organization’s political and grassroots programs, and aided the Association to achieve its legislative goals in New York and Washington, DC. In 1999, Kramer won a New York Senate Graduate Fellowship, and served in the office of Charles J. Fuschillo, Jr. as a Fellow and later as Legislative Coordinator.

Kramer serves as the President of the University Club of Albany, is the Advocacy and Governmental Affairs Committee Chair for the New York State March of Dimes, is a Member of the Board of St. Catherine’s Center for Children, and leads the St. Pius X Children’s Liturgy ministry.  Kramer was named a 2009 Capitol “40 under 40” Rising Star, “Albany’s Next Generation of Political Leaders.”